Articles on specifics that happened in the meetings.

Join other stakeholders to discuss the recreational and economic benefits “the link” offers to connect local residents and neighboring communities. Together, our voices can be heard to build a safer path to the Hudson River/downtown Albany.

By mid October, the 128-year-old Albany Susquehanna coal hauling rail line re-opens as a multi-use path for people on bicycles, walking, or running. It will stretch 9.3 scenic miles from Albany’s Port at Rt. 32/South Pearl St through Delmar to the Village of Voorheesville. While from Western New York, the 360-mile Erie Canalway/Mohawk-Hudson Bike Hike Trail abruptly stops at Albany’s waterfront Corning Preserve. Between the trails lay a 1.5-mile gap — one that forces cyclists onto rushing car commuters on Route 32 and neighborhood streets that are lacking any facilities for people on bicycles except for a few shared lane markings on S. Pearl St.

Thank you for your briefing at the July 17, 2013 meeting of the Safety Committee of the Albany Common Council. We found your planned approach to be both enlightening and encouraging. We are most interested in your plans and in working with the Albany Police Department to help on them.

We in the Albany Bicycle Coalition are concerned about cyclist behavior as it relates to their safety and to that of transit riders, pedestrians, motor vehicle operators, and, in fact, other cyclists. Our observations and those of other experienced cyclists suggest that much of the flagrant behavior is not malicious or intentional but rather derives from ignorance, lack of training, and a lack of appreciation of the impact on other road users. Our particular concerns are these:

– Riding against traffic – that is, on the left side (usually in the erroneous belief that this is safer)
– Racing (as opposed to coasting) through red lights and stop signs
– Riding on the sidewalk by those 10 years of age and older
– Riding the wrong way on one-way streets

As cycling increases in the city, and as more and more untrained or inexperienced cyclists take to the streets, we can expect an increase in the incidence of these adverse behaviors. As mentioned, we look to the Albany Police Department to develop a non-punitive way of addressing these issues.

We in the Albany Bicycle Coalition would like to support and, in fact, participate in this effort. To that end, would you consider meeting with the leadership of ABC this coming fall to brief us on your ideas and to outline how we might contribute?

Filed under Activism, City Review, Feature, Meetings, Support the Cause

On Tuesday, April 16, 2013. (postponed from March 25) there will be two public meetings to discuss the findings of the Madison Avenue Traffic Study/Road Diet Feasibility Study. 3 25 13 Madison Public Mtg Flyer There will be a meeting at 11:00 AM and another at 6:30 PM. They will be held at the Touhey Forum in the Lally School of Education at the College of Saint Rose, 1009 Madison Avenue, Albany, NY. The content is the same for both meeting times, so please plan on attending only one.

Public comments are being solicited, and you are invited to join the City’s study team at either meeting time to hear an overview of the study and to provide your input on the draft findings.

If you have any questions, please contact Bill Trudeau, Coordinator of Traffic Engineering, at (518) 434-5791 or MadisonAveStudy@albany-ny.org

Filed under Activism, City Review, Meetings, Support the Cause

The City of Albany Department of Development and Planning, CDTC, and consultants Alta Planning + Design are conducting a study on what bike route signage is needed in the City of Albany and how bike sharing might be implemented here. Please join us on the evening of September 24th to learn more about this study and to provide your input. 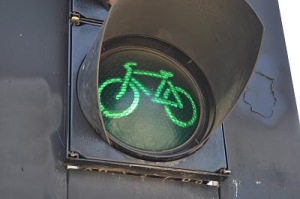 Issues that will be covered during the presentation and small-group discussion include:

• Where should bike route signs be placed?

• What types of bike route signs would be preferred?

• What are the most popular destinations and routes for bicyclists?

• What are other cities doing?

• Where should bike sharing stations be placed within the City?

• How do we ensure public safety?

Filed under Activism, City Review, Events, Meetings, Support the Cause

– New Business Card – (Bob) – Awaiting pick up.
– New Logo – Maria presented three great designs. The consensus was the model involving one rider highlighted in front of the ESP profile surrounded by a chain ring with Albany Bicycle Coalition spelled out. Maria will make minor alterations and send out for final “sign off.”
– NYSTEA Membership – We will join. Lorenz will investigate.
– Bike month 2011 – See attached proposed calendar.
– Fuller Road/Washington Avenue Reconstruction Project – We noted that there are ped-friendly accommodations on Fuller (sidewalks) but no apparent bicycle accommodations. We had an animated discussion about Fuller Rd. and the three intersections. We do not have a consensus on the treatment for the Fuller-Washington intersection other than that it be bicycle/pedestrian friendly. Lorenz circulated a rough draft of a proposed letter we will send to Albany’s mayor, county exec, Colonie Town supervisor, et al. The outcomes are: (1) Chris will supply the planning document citation that called for bicycle/pedestrian accommodations and (2) we will send a letter(s) to call for a design that includes (unspecified) bicycle/pedestrian accommodations. Attendees were urged to make their own thoughts known to the county and other officials.
– CDTC Bicycle/Pedestrian Task Force (http://www.cdtcmpo.org/bkpedtf.htm ) – Don reported on CSX’s desire to divest itself of the Livingston Ave. railroad swing bridge. We need to advocate for a bicycle/pedestrian pathway on either a rehabilitated or a replacement bridge. Don will author letter and send to Lorenz. (The remaining 2010 meeting is as follows (9 AM, CDTC Office, One Park Place, Albany (off Wolf Rd): 12/14.
– Albany Bike Rescue – (Mary Lou) – No Report.
– Madison Traffic Calming Implementation Plan (MAC) – ABC made its contribution. MAC staff is soliciting funds for the needed traffic study.
– Pre-Licensing Driver’s Ed Course – Claire will investigate on what ABC should do about this issue (e.g., letter/contact campaign to raise awareness of the need to include “bicycle issues” in driver training courses/tests.
– “Bicycle Manual” (http://bikeunion.to/) – Tabled. (Could get some $ to print out own. Simplicity of wording. Doctor up one for ABC.)
– albanybicyclecoalition.org – Working smoothly. We complimented Chris and Ken for their efforts, especially the constant flow of BLOG posts.
– Year-End Donation to LaSalle School – We “broke the thermometer” by $3 toward our goal of $100. Lorenz will transmit funds to the LaSalle development director with our thanks for the school’s hospitality.
– Bicycle Month 2011 – We reviewed the new proposed calendar that includes the Bike Expo (see below). We added NYBC’s annual Commuter Contest (Thr, 5/19/11).

– Bike Expo 2011 – John introduced the concept of kicking off Bicycle Month 2011 with a gala one-day “Bike Expo 2011” (Sat, 4/30 or Sun, 5/1). Three rides will form the nucleus of the event supported by other events and presentations. We will need sponsorship in terms of both funding and involvement. We discussed sources of the needed event insurance. We emphasized that success depends on board-based involvement by ABC members. We all supported this idea with enthusiasm. We added the NYCross, Honest Weight COOP, Sigma, and CK Cycles as potential supporters. The first step is for John and Lorenz to confer with the city’s “special Events” coordinator to explore the best way to proceed.
– Rt. 378- H-M Bike/Hike Train Interchange – J.P. reported on this now-completed project involving a re-built north sidewalk on the Menands Bridge and the serpentine path to the Bike-Hike Trail. However, J.P. stated that the maintenance of the new sidewalk is lacking. He will draft a letter to the Troy Mayor complimenting him on the new and valued connection and asking that it he insure its maintenance. We had a related discussion on the need to connect to Rt. 378/Osborne Rd. (which now involves riding into Watervliet and then backtracking on Broadway to Rt. 378).
– Delaware Enhancement Plan (Bethlehem) – Bethlehem planning office completed its study for redevelopment of the area bordered by Elsmere Ave. to Adams St. We welcomed this initiative by Bethlehem to support bicycle access/safety. We reviewed and approved a proposed letter to the Director of Planning expressing both our support and concerns.
– Cranksgiving Alley Cat Food Ride – Bob reported on this annual ride to benefit the homeless action program. Ride will be – Saturday, 11/20, 8:30 PM, meet at the monument. Lights, helmet, and carrying device recommended.
– Ride Through the Park (Holiday Lights in the Park) – Claire will investigate MHCC’s hosting the 2010 ride and announce it.
– Gateways to Albany – We reviewed a proposal for investigating, designing, and advocating for enhancements to the entrances to Albany. We agreed that is it feasible for ABC to be a vocal and aggressive advocate for “gateways” that welcome cyclists to the city and alert motor vehicle operators to “expect bicycles to be present.” We will continue to develop this project.
– NYBC Report– Claire reported that Executive Director Position is again vacant. Search to begin.
– Alliance for Bicycle and Walking – Chris is in contact with this national organization and will investigate our joining on 11/23. He will report at the next meeting.
– Family Friendly Bicycle Route/Cruise – Ken suggested the need for an uptown-downtown route that those who are less comfortable riding on city streets could use. Use of such a low traffic route would provide ‘on-the-street experience and might encourage these “novice” riders to explore further. This led to a discussion of our sponsoring a “family friendly” ride (e.g., “Discover Albany on Your Bicycle”), perhaps as a component of Bicycle Month 2011. (Ed: Such a ride now appears in the BM spreadsheet.) (Ken will see if the ABC map is still available on the www.)