Cargo Bike startup Urban Tribe Cargo Bicycles officially launched their website www.urbantribecargobicycles.com on 7/12/17. Urban Tribe will be building cargo bikes locally in Denton, TX to ship nationwide. The Danish-inspired family cargo bike design is one of the first of its kind to be sold in the United States. 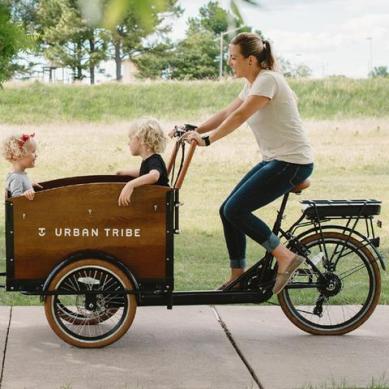 The idea for the business came during a family trip to Copenhagen, Denmark. Commonly known as the Bicycle Capital of the World, where 50 percent of residents commute daily by bicycle on 250 miles of bicycle lanes. Aaron Powell, Urban Tribe founder observed, “Not only were there no SUVs on the road, there were large 3-wheeled cargo bikes everywhere that were transporting children to school, grocery stores, and playgrounds. I knew our family needed to get one when we came back home! We found that no one was selling a bike like this anywhere in the country, so Urban Tribe was born.”

On launching the website, Urban Tribe founder Aaron Powell commented: “Our cargo bikes are going to change how the American family travels with their kids. For those living in the city, it is a true car-killer. After months of preparation, I am thrilled to finally show off our bikes to the world!”

The Albany Bicycle Coalition provides the above information solely as a service to our members and the public.

Promoting Cycling in the Capital Region Since 2004 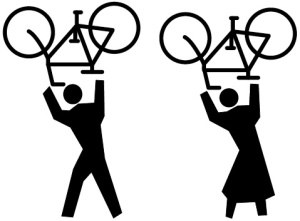 ~ Albany Bicycle Coalition ~ Promoting Cycling in the Capital Region Since 2004 ~

Long-time Albany Bicycle Coalition member Barry Trachtenberg of Albany won a Raleigh MISCEO 2.0 in the Bicycle Times “mega sweepstakes” as announced in the March 2014 issue. Other winners were in NYS, Tennessee, North Carolina, and Texas. 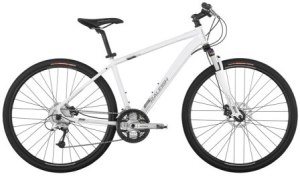 (As I recall, to enter the sweepstakes, one has to complete an on-line survey. From the website, it seems a 2014 contest is yet to be announced.)

As reported in Albany Times Union  (1/28/12), Mike Stammel, Rensselaer County legislator, is proposing legislation to give a push to his side of the river.

What are we doing on the west bank?

Bryan Fitzgerald, TU Staff writer reported that Mr. Stammel will introduce a resolution to restore a walkway on the Bridge. For reference, this will connect directly to the Mohawk-Hudson Bike-Hike Trail facilitating access to Albnay, Troy, Watervliet, and points north and south as well as opening up Rensselaer County to recreational and commuter riders.  This is not asking for anything new as the bridge always had a walkway.  The dilapidated walk/bikeway closed in the early 1990s.  Reopening the bridge to cyclists and pedestrians will draw tourists.  The rotating bridge was built in 1866 and rebuilt in 1901.

A project to replace the bridge has been in the works for years, but has stalled over lack of funding.

Filed under Activism, City Review, Press Release, Support the Cause

We in Albany’s bicycling community note with great pleasure the results of the soon-to-be-completed Delaware Avenue refurbishment. The new-shared lane markings and the “bicycles may use full lane” signs pave the way for a new dawn in Albany as a bicycle-friendly community. These bicycle amenities on Delaware open up the city to the suburbs with the promise of even more cyclists taking to the road. These changes support the resurgence of Delaware Avenue as an Albany Gateway and residential and commercial success.

The other bicycle-related changes in the city – shared lanes and signs on Washington and New Scotland Avenues, bike lanes on Clinton, the new bicycle racks throughout the city, and the Capital Coexist educational program – reinforce what has been done on Delaware. Hopefully, these are but the first steps toward a citywide network of bicycle routes as outlined in the December 2009 Albany Bicycle Master Plan.

We commend you, the various city officials and departments, the design consultants, the Delaware Area Neighborhood Association, the merchants, and the Common Council for all your efforts on our behalf and behalf of those who desire a livable community.