A Bicycle That Is Loved Will Return the Sentiment

For the right person, this is truly a dream.

Here’s a happy cyclist with her “new” bicycle. Thanks to a gracious donation of this pristine “Japanese steel” bicycle, Lauren can join her family and friends on rides on the Helderberg Hudson Rail Trail. 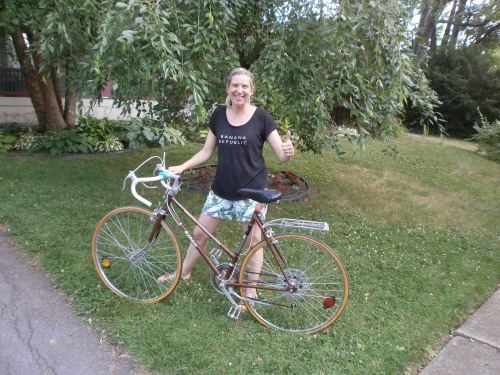 Almost since purchase, this bicycle was stored inside and seldom ridden as evidenced by its overall prime condition. Just note the whiter-than-white handlebar tape! A forty or so year old bicycle in this condition is rare. All it needs is air, lube, and love.

This is the right bicycle but only for the right person. 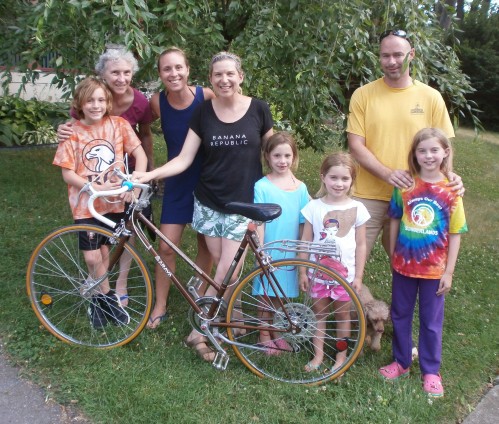 The donor of this Araya bicycle was unclear as to when it was purchased, but it was clearly one of the great Japanese steel frames from the 1970s and 80s. A hint comes from the SunTour V-GT Luxe rear derailleur – introduced in 1973 “ … In line with their process of continual improvement, SunTour took the SunTour V series and upgraded the parallelogram plates from steel to aluminum – the result is the 1973 SunTour V Luxe series.” (Image #3 below.) So … this bicycle cannot be older than 1973. (SOURCE: http://www.disraeligears.co.uk/Site/SunTour_V_GT_Luxe_derailleur_1500.html ) 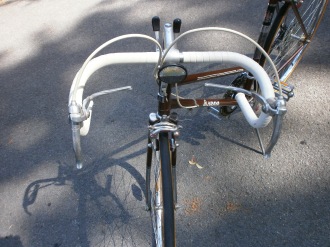 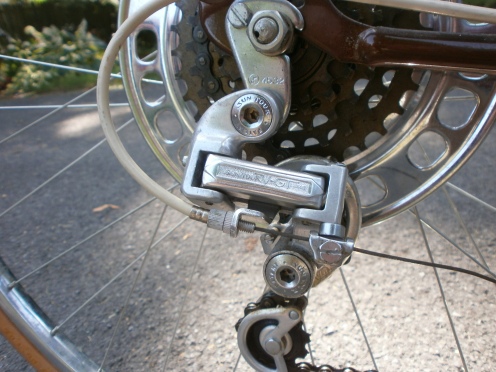 Araya, as a bicycle manufacturer, is little known because most of their frame production was re-branded (e.g., the Austrian Puch for example). Currently, Araya focuses on rims, wheels, spokes, and nipples. Araya Industrial has 100 years’ experience making bicycle rims with the first ones of wood. Current production is in aluminum, titanium, carbon fiber, magnesium, and stainless steel. In the 70s and 80s, their rims were well known on high quality road, MTB, and BMX bikes. You might check the wheels on your own bicycles to see if any came from Araya. 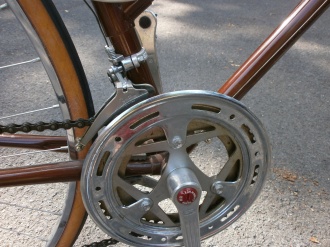 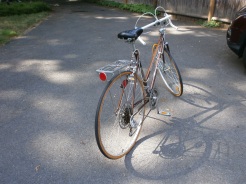 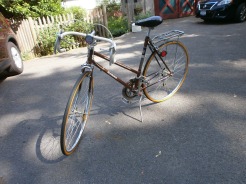 What’s YOUR Biggest Challenge When Riding?

“’The role of our women is to obey their husbands and prepare food for them inside the house, not to imitate men and ride bikes in the streets,’ said the man, 33, who refused to give his name but echoed the view of many Gaza men interviewed, and of multiple comments on social networks, after news of the cycling group reached the Palestinian news media.”

If you thbik you sometimes get a rough time riding you bicycle, check this New York Times article “In Gaza, Bicycles Are a Battleground for Women Who Dare to Ride” from 2/23/16 forwarded by Alert Rider Frank. 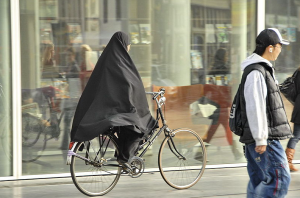 A woman in the Gaza Strip is trying to encourage younger women to join in an actively she likes – riding her bicycle. In one exchange, the leader says “’But you are young. I want you, when you get married, to make riding your bikes a condition of marriage.’ The younger women erupted in laughter at the suggestion. ‘He’ll give me a beating!’ exclaimed Asala, 21, who spoke on the condition her last name not be used.”

“Many Palestinians frown at the idea of women bicycling in public because men might inappropriately leer at their legs moving up and down or ogle their bottoms. Female cyclists are a fairly unusual sight throughout the Arab world, though women participate in group rides in Cairo and Amman, and in Beirut, women pedal rented bikes on the Corniche, the pedestrian strip along the Mediterranean.”

And a couple supporting quotes:

“Nearby, a fighter in the militant group Islamic Jihad who was waiting for a friend described the women as ‘detestable and ugly.’”

“Ahmad Muheisin, assistant undersecretary in Gaza’s youth and sports ministry office, said that women riding in public represented a ‘violation’ of Gaza values, but that he would not try to stop them unless religious leaders addressed the matter with a fatwa.”

“For the daring adventure …, Ms. Salibi wore a 1970s-style blue-and-black track suit, her hair poking out from a wool hat she had halfheartedly pushed on her head. In contrast, Ms. Suleiman, who teaches the Quran to children and volunteers in an orphanage, dressed modestly in a red Islamic head scarf, long red coat, wide black pants and spotted red socks.”

So, the next time someone honks or yells “get on the sidewalk,” count your blessings. 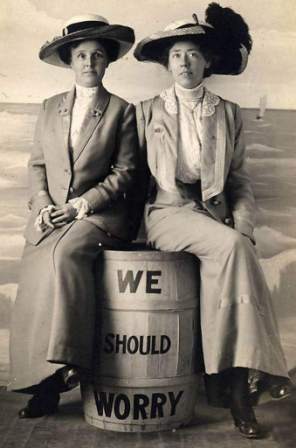 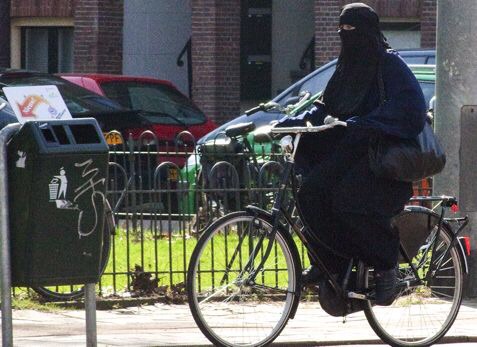 Filed under Activisim, Support the Cause, Women on Bikes