While one would expect quite a bit of press about bicycles in the New York Times because of the advent of the CitiBike share, it was surprising to have The Christian Science Monitor Weekly and The Wall Street Journal speaking out recently. 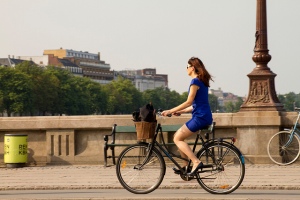 On July 6, 2013, The Wall Street Journal featured cargo bikes in its article “The New Station Wagon.” The article led off with a homey little report on a family of four going to dinner in Brooklyn coming from Manhattan on a Yuba Mondo (with one adult on a second bicycle). The article had accompanying stats on the Yuba Mondo’s carrying capacity and on cargo cycles in general. The article also presented features of the Extracyles Edgerunner and the Milano Bakfiets (literally, “box bike”).

While cargo cycles form the backbone of the article, there was also a run down on the spread of cycling across the USA: 73 % increase in cycling commuters in Minneapolis (2000-2011); new bicycle share program in NYC and Chicago; and massive new trails/paths in Indianapolis (8 miles) and Atlanta (33 miles).

The Christian Science Monitor Weekly for July 1, 2013 introduced its cover article, “Ride On! Cycling Surges in American Cites,” with a lead-in editorial “The Bicycle Spring” whose main point was that “. . . urban planners increasingly see bikes as an integral part of a transportation system” and which closed with the challenge “Bikes are no longer marginal enjoyments. They are in the mainstream and staying there.” 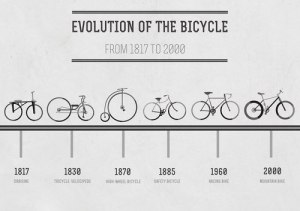 Thanks go out to alert cyclists Frank, Beverly, and Keith for flagging these articles.