The long awaited safe bikeway and multiuse path through Watervliet is coming to fruition. It originates at the park/trail head/parking lot terminus of the off-road portion of the Mohawk-Hudson Bike-Hike Trail and continues for about one and one-half miles to 23rd St. The “Watervliet Bike Path” will become shared lanes at 23rd St. for access to the Hudson Shores Park.

Map of the Project Area

Those continuing to Green Isl. and the Erie CanalwayTrail/Empire State Trailwill continue on shared lanes on Broadway until 25th St. and then follow Albany St. to the Green Isl. Bridge to Troy or Hudson Ave. north – the current route of the Mohawk-Hudson Bike-Hike Trail.

Broadway at 4th St. Exiting From the Park/Trail Head/Parking at Current Terminus of the Mohawk-Hudson Bike-Hike Trail 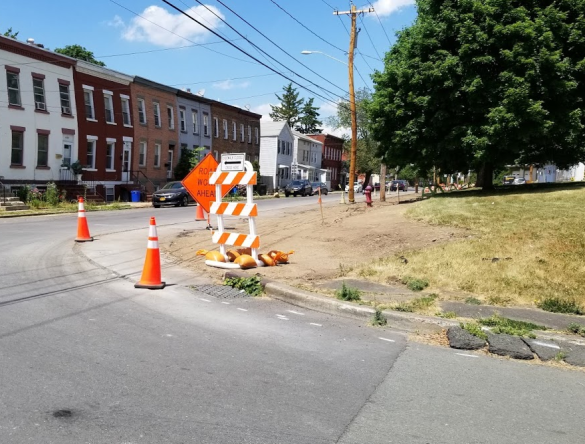 We were unsuccessful in getting from the City of Watervliet definitive information on the route and road treatments of the Empire State Trail/Watervliet Bike Path from Watervliet through to Green Isl. We are particularly interested in the treatment around the Rt. 2 Watervliet-Troy Bridge and the aforementioned Albany Ave./Hudson Ave./Green Isl. Bridge intersection. The New York State Department of Transportation 2018 “On-Road Routes Concept Plan” for the Empire State Trail sheds no light on this issue. 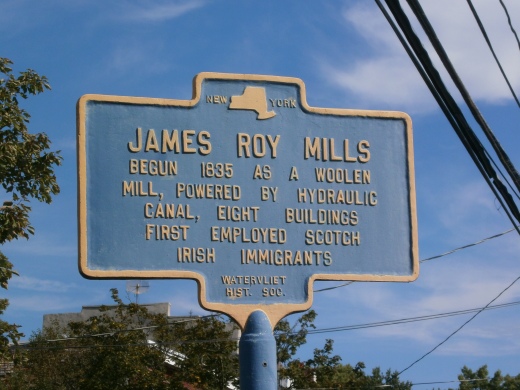 Construction Ahead! (Heading South On Broadway)

Cycle Track Base I-787 Fence (North and South Views) 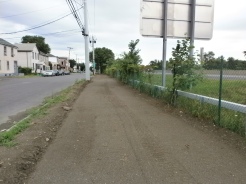 View South with Arsenal Fence to the Right

Heretofore, Broadway from the Mohawk-Hudson Bike-Hike Trail at 4th St. was one of the main barriers for less road-hardened riders going on to Troy, Cohoes, the Black Bridge, Champlain Canal Trail, Waterford, and the many sites along the way. The new bikeway is very impressive and will make the ride a wonderful experience. I-787 will be noisy but the bikeway will be safe and relaxing traffic wise.